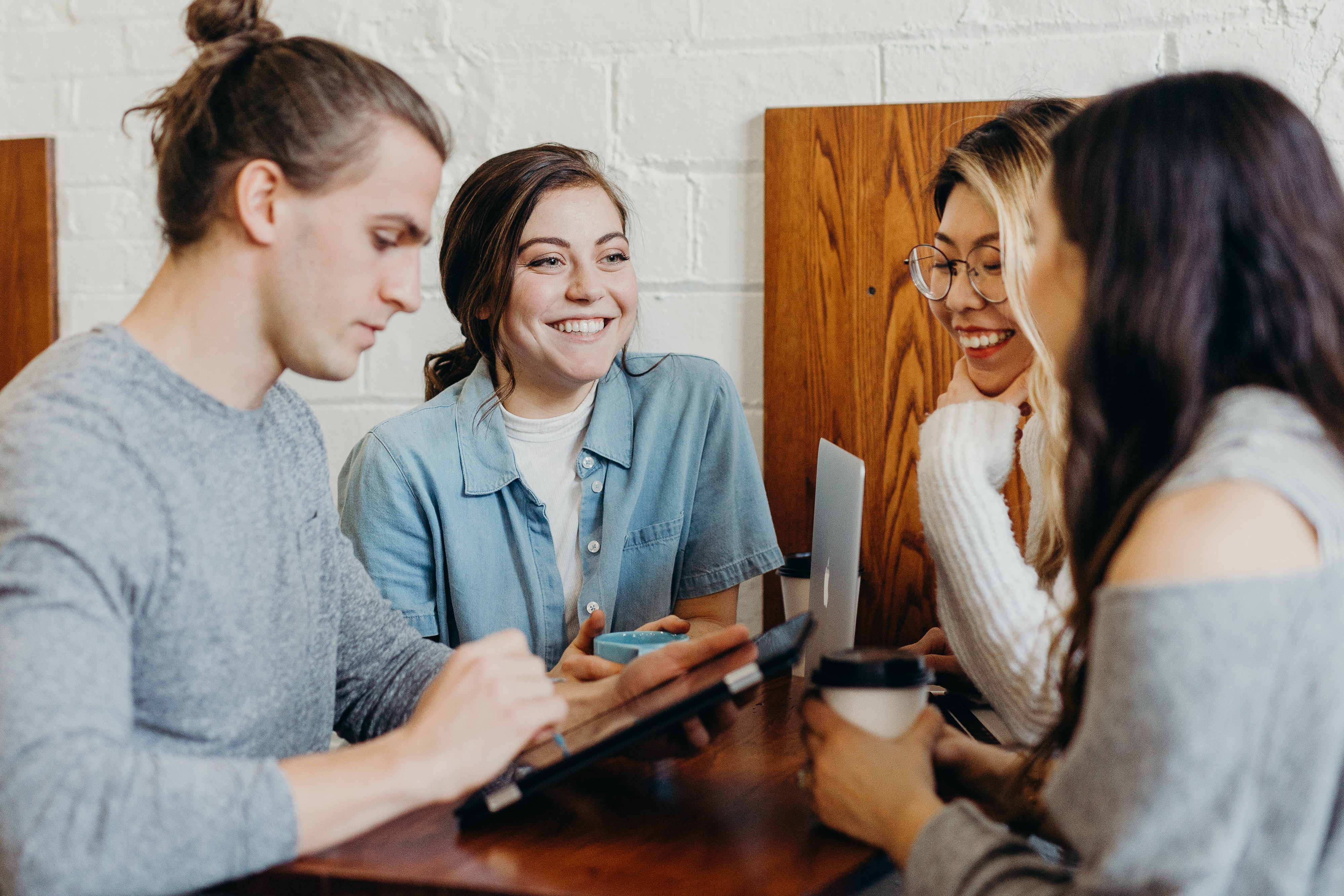 10 Ways to Get Testimonials From Your Community

Video testimonials allow your community to speak on your behalf, but how can you encourage them to create them for you? 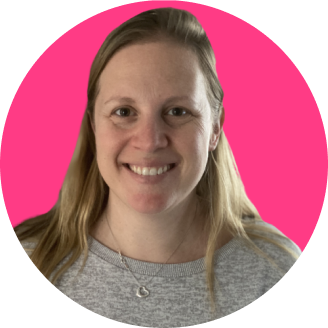 As a business owner, your customers don’t care what you think about your business. After all, your views are naturally going to be biased.

Let’s get real – no-one ever went on camera saying how bad their company was and how customers should look elsewhere.

But, if you want your business to succeed and potential customers to know about the service you offer, it’s time for you to stop talking!

Now I’m sure you noticed what I said there “It’s time for YOU to STOP talking!” That doesn’t mean no-one should talk. But instead of you talking about your business, you bring in the voices of your community and encourage them to create user-generated content (UGC) for you.

Why does this work?

The answer is simple – because humans want to be around like-minded people. They trust the opinions and recommendations of people who are just like them.

These people are relatable because:

And the best way to capture this valuable content from your community, is by asking them to record a video testimonial for you.

This does not mean hiring expensive equipment or video production and editing companies. It means empowering your community to be authentic and record their experiences with your company.

Below is an example of a video testimonial created by a StoryPrompt customer:

Why is video so powerful?

Video puts a human in front of a human. That sounds obvious because that’s basically what a face-to-face conversation is. But somehow it’s often overlooked in business.

Also people seem to hide behind text. It’s very easy to have a strong opinion when you don’t have to show your face.

With the increased popularity of Zoom during the Covid-19 pandemic, people were suddenly encouraged to have their cameras on. The thought of colleagues seeing your home prior to this would have seemed unimaginable, yet suddenly they were given a glimpse. And as a result, people got to know each other better. Discussions about instruments or artwork in the background, became ice breakers. We even got to see children in the background which broke down barriers and allowed us into people’s lives outside of work.

Now think about a business transaction. In reality, how many times do you actually respond to a text form asking for a testimonial? I bet seldom or never.

Yet somehow if someone from the company is personally reaching out to you, it’s more difficult to ignore. You’re more likely to engage and also respond – why? Because that person is equally as vulnerable as you.

In this article, I am going to discuss 10 ways to get your community to create video testimonials for you. And to encourage them to record instead of making excuses like “I’m not camera-ready” or “I’ll get to it later, I don’t have enough time right now!”

1. Make it super-simple to record a video testimonial

If a member of your community is helping you, it shouldn’t feel like work for them. If you are sending them a Zoom link to a recorded meeting with you, you are stealing their time for your benefit. And there’s a good chance they could reschedule or cancel altogether.

Instead you can respect their time and allow them to record a testimonial asynchronously (in their own time).

You also don’t want the experience for them to be overly complicated. If they have to download an app, figure out how to work the software, and spend a considerable amount of time preparing and practising, you’re unlikely to receive a testimonial.

Instead you can make it simple and pleasant for them by selecting video testimonial software that you believe will be right for both parties.

Video testimonial software like StoryPrompt makes the process of creating a prompt and replying to the prompt super-simple. StoryPrompt also uses clever AI integration so your testimonials are always professional and require no experience in video editing and production. Responding to a prompt can be done asynchronously, without needing to download an app, and directly from a phone or laptop.

By using software like this, immediately you have a happy customer who feels respected and doesn’t feel like creating a testimonial for you is a time-consuming task.

2. Let them know exactly what to expect

It’s very important for the respondent to feel comfortable and understand what is expected of them. Also how much time they need to commit to the task. As you want the content to sound authentic, it’s important they are relaxed, natural, and comfortable.

Some tips that can put the respondent at ease before recording:

3. Allow the respondent to be themselves

You are creating video testimonials because you want the feedback to be authentic and trustworthy, so the worst thing you can do is to make the videos seem unnatural and uncomfortable. This will have a huge impact on the testimonial.

It’s important for the respondent to know that they do not need the perfect microphone, camera, hairstyle, or background.

In fact it’s the complete opposite!

The more natural the video is, the more trustworthy it is and the more it will resonate. Using StoryPrompt allows you to send a prompt in video format, this is where you request the testimonial from them. This is a great opportunity for you to be yourself too. If you are overly polished, they will feel the need to respond the same way. However, if you are relaxed and comfortable, you are showing that they can be themselves too.

Don’t forget, your community want to support you and recommend you to future prospects. So let them be themselves and create content for you that will convert.

When you hear the term incentivize, it seems like a bribe. That’s not what I’m recommending at all. A bribe has negative connotations and creates the feeling that the individual had no choice but to help you.

Instead, you should tap into your existing relationship with those customers and delight them by thanking them for their loyalty.

Things like SWAG and discounts can work as incentives. So instead of “bribing” them, you are rewarding them. They have created UGC for you and been loyal customers, and for that you want to thank them. This as a result creates a delightful experience for them.

Think about when a loyal friend asks you for a favor. It’s unlikely you’re going to say no, after all, the loyal relationship has already been established. But compare that experience to a stranger asking you for a favor – the trust and loyalty just isn’t there.

So be their loyal friends and they’ll want to help you in return.

Below is an example of a LinkedIn post written by a customer who received some branded merchandise.

5. Use referral codes in exchange for a testimonial

One of the incentives I mentioned above is discounts. Discounts really work because the process becomes mutually beneficial.

But you could take it even one step further by making them a valuable member of your community and giving them a personalized discount code. This would be exclusively for their use. So instead of them creating the UGC and benefitting solely from your referral code, they are sharing their personalized referral code with their wider community.

They are then creating the same content for you, but their recommendation has far more reach.

‍Sudshare is described as the “Uber of laundry.” They have a huge number of community members creating UGC for them on social media. These customers have a great experience, share their content, and receive $10 off their next order. Some of them even have their own referral codes so their wider community receives a discount too.

They are a great example of how to provide discounts in exchange for UGC. Posting a huge amount of UGC enables you to trust the company before placing an order.

6. Go above and beyond

In a world with so much choice, it’s no longer okay for a company to deliver exactly what they promised. It sounds crazy but it’s absolutely true.

To stand out you need to be truly remarkable!

This means creating experiences that might be considered unscalable. Just because things like brand awareness can’t necessarily be measured, doesn’t mean they're not worth your efforts. The same applies to your community. If your business delivers exactly what was promised, you won’t be exceptional, you’ll almost be considered boring.

So to alleviate being labeled boring, focus on those unscalable things that truly delight your customers. These can include sending gifts to thank them for their loyalty, reaching out to them just to check in, and “showing up” when they need it.

You’d be surprised how much these efforts can solidify your relationship and ultimately result in them wanting to create user-generated content (UGC) for you in return.

When asking a community member for a video testimonial, timing is incredibly important. The best time to request a testimonial is when the customer is truly elated by the experience. This could be right after an inspiring training session, after a successful meeting, or a great experience. The reason for this is because you want to capture their joy.

If you wait too long to request the testimonial, you’re less likely to receive a reply and even if you do, it’s unlikely to display the positivity you were expecting. It might even seem forced and therefore inauthentic.

So think about where and how you send the request to truly capture honest feelings.

8. Make the respondent the hero

When a customer or client creates a testimonial for you, the produced testimonial should feature their name and job title.

Secondly, it’s good exposure for them especially when the testimonial is on social media or on your website. After all, they are helping you out, so it’s nice for them to receive some exposure in return.

Giving a deadline seems obvious but it definitely shouldn’t be overlooked. If the respondent thinks there is an indefinite deadline, it’s more likely that they will forget to record the testimonial for you. Yet if there is a deadline then they can plan accordingly. You need to be mindful of when the deadline is though as people might have planned out their days.

A deadline is also part of managing expectations. Before asking for a testimonial, it’s advisable to let them know how long it should take them and when you would like the testimonial received by.

It might even be worth saying something like “I’ve made it super-simple for you to record your testimonial, it will only take 2 minutes, so please hit record right away.”

10. Create your own community

Utilizing an online community platform is the best way to interact and engage with your community. StoryPrompt has asynchronous video-first community features. This means that your community can ask questions and learn from each other using video, in their own time.

No overthinking, no excuses, they were just having a relaxed conversation and it transformed into authentic UGC.

By using a video-first community platform like StoryPrompt, you are able to achieve everything I've outlined in points 1-10 above.

I have reviewed the best community platforms before and concluded that while they were all good (some better than others), the one element that was missing from all of them was video.

My final sentence in that review was “Perhaps the day will come when a community platform allows you to replace text with natural, unpolished video communication.”

And I’m thrilled to tell you….that day has finally come!

Want to start engaging with your own community? Get started with StoryPrompt for free.

Community engagement tips are added weekly. Don't miss out!
Thank you! Look out for new plays in your inbox!
Oops! Something went wrong while submitting the form. 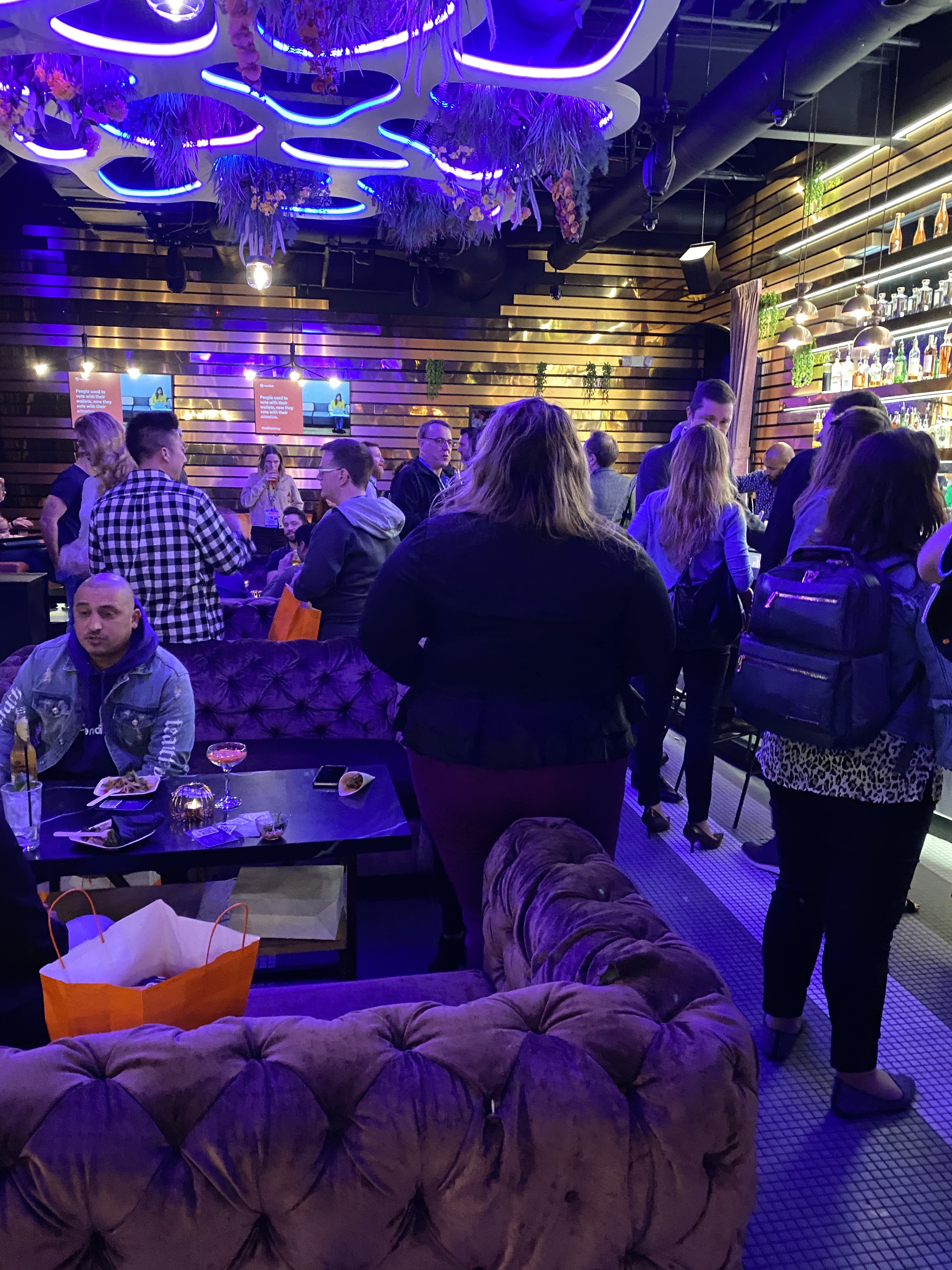 Community-Led Growth: What It Is and How to Achieve It 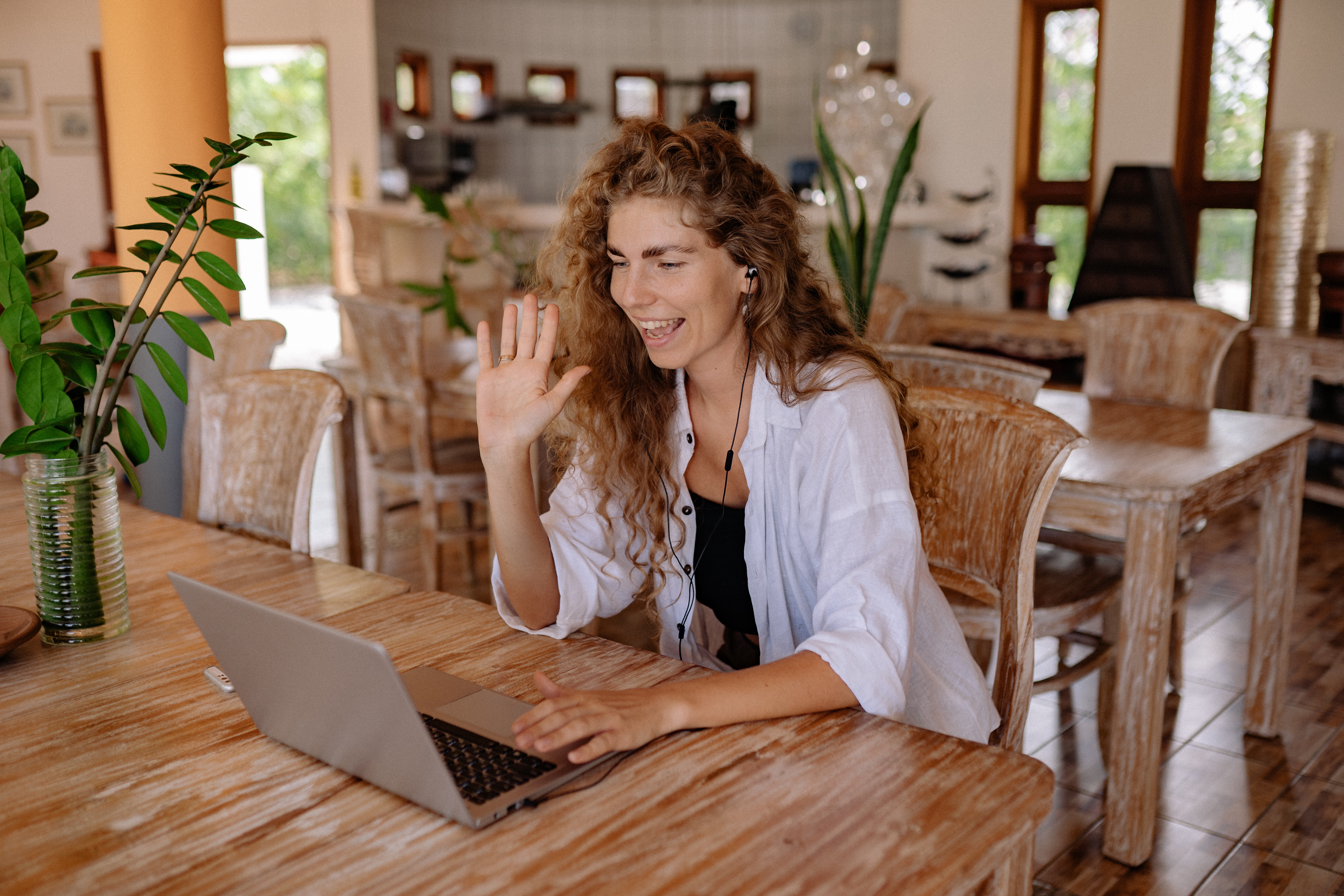 What is Asynchronous Coaching & How to Scale Your Coaching Business 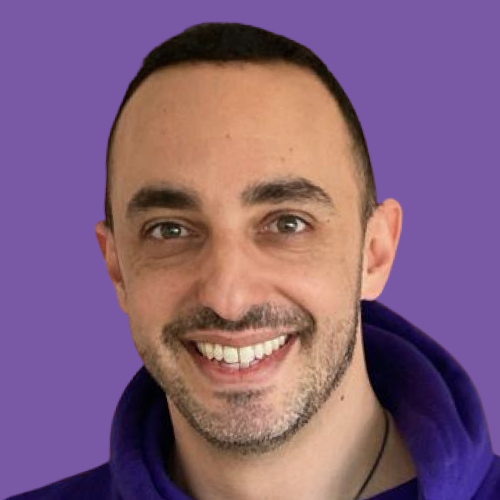 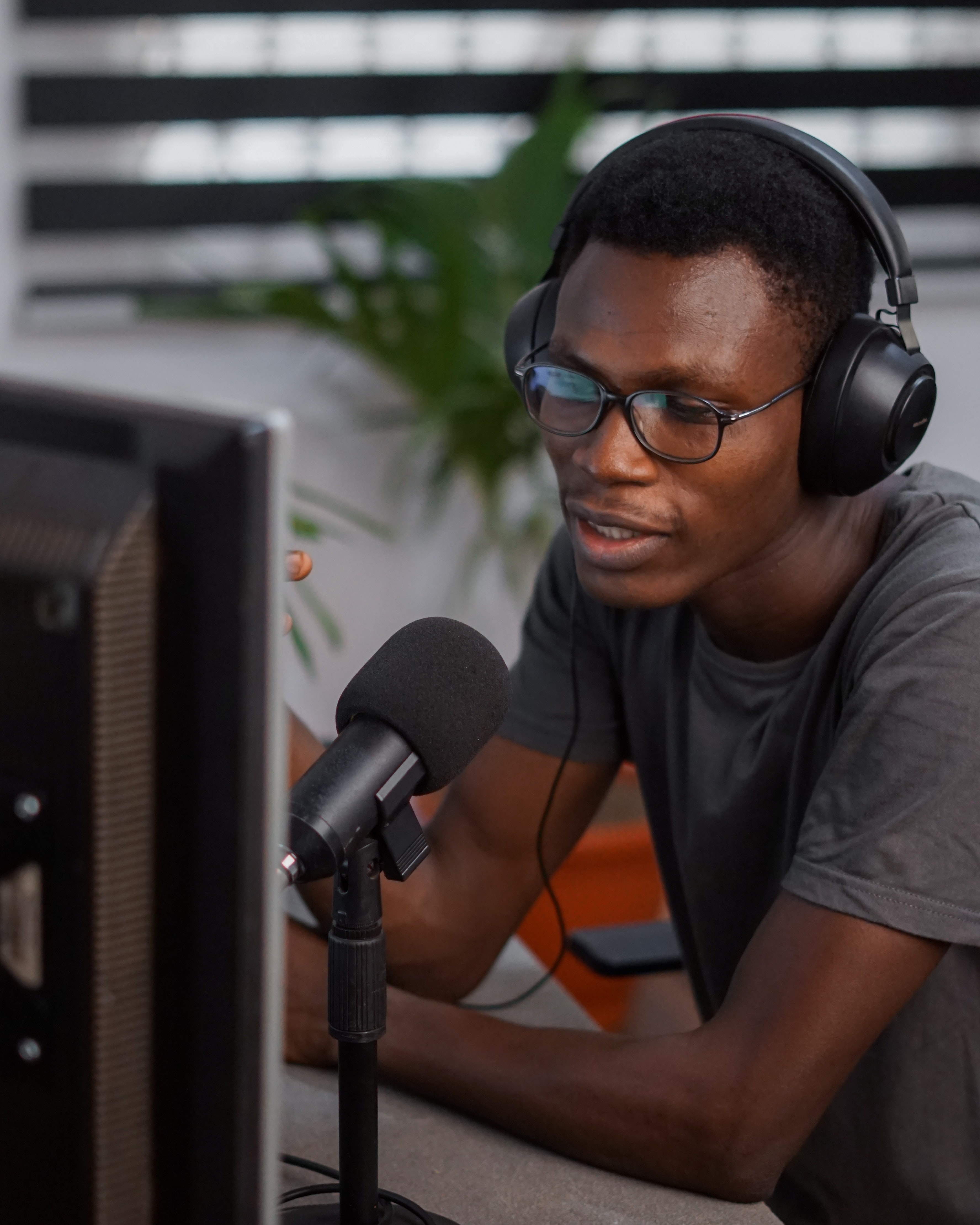 Why Is User-Generated Content So Important & How To Get It